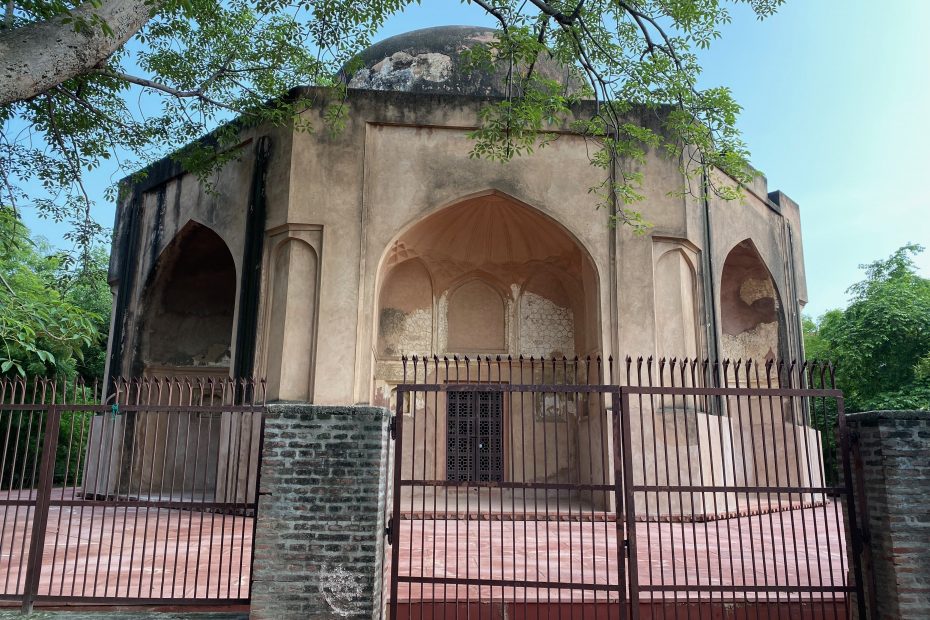 Also known as Bhisti Ka Maqbara.
ASI protected monument. No ticket is required.
Mughal Monument.
Most likely built during the time of Humayun or Akbar.

“It was a bhisti who changed the history of India by saving the life of Humayun, the second Mughal emperor, as he was about to drown in the Ganga during a campaign against the Afghans. Nizam, a bhisti, inflated his goatskin satchel, the mashaq, and used it as a float for Humayun to cross the river.

In gratitude, Humayun granted Nizam the throne of Agra for a day. During his diurnal reign, Nizam cut his mashaq into small strips and had them gilded and stamped — recording his name and date of coronation — and issued as currency. A bhisti thus ruled an empire once, if only for a day.” more here